The best things are often under your nose 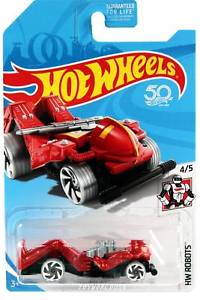 I don't claim to know everything. There's a million of people on the internet who do, but I don't. It's just not plausible being a functioning adult to know every little thing, you can try, but it is what it is. For years I've been seeing images of this neat little robot dude and never knew anything about it. Just thought it was neat looking and assumed it was a part of some line or collection I wasn't paying attention too. I mean, this has been going on for years seeing this little robot dude who's in a variety of colors and a few sculpt variations. I've always though it looked neat, but like I said, just absent minded on it.

So earlier today (to you it was yesterday, but for me it was today), my curiosity finally got the best of me and I decided to look into this neat little robot dude. Well holy crap it's a Hot Wheels toy that's been in steady availability since the mid 80's. I've probably looked it over a million times somehow. I mean, as a kid I was a big fan of the Speed Demons line and he was part of that and I somehow never saw him until adulthood.

The car is named Zombot, but also known as Computer Warrior and Phantomachine in some instances. My mind is completely blown on this as like most kids I had a ton of Hot Wheels, but I was seriously into the Speed Demons line and still casually look at the cars when I'm in stores. Occasionally still buying some. They're just neat, you know?.

So this cool robot guy I've been noticing for YEARS has somehow slipped completely past me and I'm astounded. I'm not going to go crazy, but I'm definitely going to attempt to grab a few versions when I can. Considering the amount of loose Hot Wheels in boxes I see in various stores and shows, it shouldn't be too hard. Know how I just said those boxes of loose Hot Wheels? I always go through them and usually advise others too because often smaller Transformers and Gobots will end up in those and you can score some good finds usually cheap by just digging though them. I've done this so often that I've probably passed over a million Zombots doing so. I'm both amused and baffled by this. 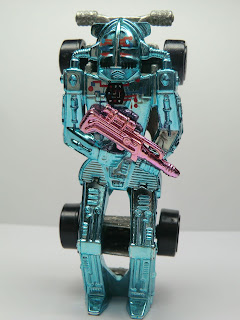