Jazz loves Earth culture and is always looking to learn more. His knowledge of Earth makes him the indispensable right-hand man to Optimus Prime. He accepts a lot of dangerous missions, that are no problem because he is fully equipped with a photon rifle and flamethrower. He is also outfitted with a full-spectrum beacon and 180db stereo speakers that create dazzling, disorienting sound and light shows. Despite being very cool, stylish, competent, versatile, clever and daring, he can be easily distracted.
Posted by Rob at November 30, 2016 1 comment:


Recently, I went to Universal Studios with my wife for vacation over the Thanksgiving holiday. It was my first time going and I always wanted to go, so I went nuts. Obviously the Transformers ride was a priority and surprisingly it was not only mine, but my wife's favorite ride at the resort.

Of course being a theme park, each ride emptied out into a store that coincides with the ride. So go figure the Transformers ride had a fun shop attached. The shop featured tons of merchandise for the ride as well as the latest Transformers merchandise. Three exclusive items were US releases of the Cyber series toys sold in China and Brazil. 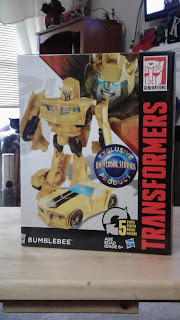 I had been wanting to get my hands on these figures, but had been waiting for a good opportunity to do so. Out of the series, the Universal Studios figures are Bumblebee, Optimus Prime, and Starscream. I've already got the exclusive Evac figure thanks to a friend's earlier trip to the park, but I did snatch up some other exclusives. I figure these three would make for good posts here on Zone Base, while I'll probably talk about the others on the next episode of Being Awesome. 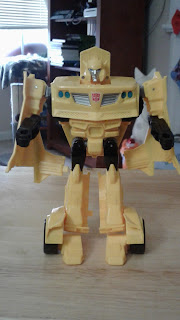 Bumblebee is a large, but simple figure. He's very similar in construction and transformation to a legion/legend class toy. This isn't a bad thing as I'm a big fan of that size class. He's a very satisfying toy to hold in your hand. Very big and chunky with a good heft to him. Despite resembling his more recent sports car incarnations, this is still classic Bumblebee all the way. 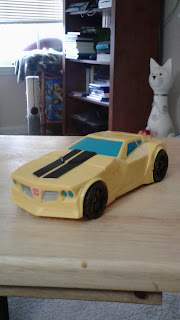 Bumblebee's car mode looks a bit like his current animated incarnation, which is a really sharp looking car. This is probably a safe bet as the more casual people just getting off the ride would probably be more familiar with the current day versions of Bumblebee.

That little Universal Studios sticker on the box helps make this toy more special than it is. It's a memento of an experience moreso than just a figure. The trip was probably one of my favorites in life, so having some toys to commemorate it is just perfect.
Posted by Rob at November 29, 2016 No comments:


A battle-hardened survivor of the software wars of Polyhex. His hunger for combat is only equaled by his hunger for fuel. Tough, no nonsense, has few enemies and even fewer friends. He can thread a washer from 2.5 miles with a blast from his plasma cannon. Flame exhaust in tank Mode incinerates on contact. Requires considerable fuel consumption.
Posted by Rob at November 23, 2016 No comments: 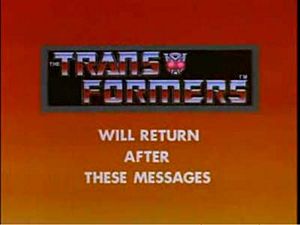 Sorry posts have been a little slow lately. I've been a little busy and things have been pretty hectic. I'm about to go on vacation and hope to start posting more regularly soon. Of course the Weekly Spotlights come each week, but I promise to have more updates on the way sooner than later.


The crazy loner. Knows no fear. It makes no difference to him if nothing remains of him, as long as he has had fun. Uncommonly dangerous in his role as a sentry and guard. As an airplane, is deadly and streamlined, with extra sight thanks to his Megavisor-system. As a robot, attacks with a rocket launcher.
Posted by Rob at November 16, 2016 No comments:


An unhappy loner of few words and fewer opinions. Finds pleasure only in conflict. Otherwise, this stubborn, surly Dinobot is as welcome as a turboworm crawling up an exaust pipe. Solar-powered, his strength increases tenfold in sunlight. Paired with Tyrannitron, a tiny, tempermental terror who'd rather sink his teeth into his opponent's ankle assembly than convert into Snarl's metal-rendering shrapnel rifle.
Posted by Rob at November 09, 2016 No comments:


After much searching, I finally managed to find the Walgreens exclusive Titans Return Brainstorm. Several of my friends have up and ordered him off the Walgreens website, which I contemplated, but really didn't want to do. I'm not so fond of ordering toys I should be able to find at a stores local location. Fortunately he popped up at the store I go to regularly.

In fact, it was the Walgreens near my work that I regularly visit. Friday night, I decided to take a little break and make a run for a Mtn Dew and some gummi worms and there he was, freshly stocked.


I don't fancy myself a reviewer, but ever so often I feel compelled to talk about a toy here. I guess Zone Base is technically a blog, so I guess I'm occasionally a toy poster. Is that a term?


Brainstorm is based of Blurr's base mold with some new parts. Blurr was a toy I really liked from the first wave of Titans Return deluxes, so I have no complaints going in. Brainstorm builds on that base and delivers a much better looking toy. In fact, I almost feel as though I'm holding a more premium priced toy with him. The colors are just that good.


Brainstorm turns into some kind of spaceship. When I was a kid, I'd call it a space jet. So I guess he turns into a space jet. He transforms easily and quickly, which I like. I don't like taking too long transforming a Transformer. I know some people do, but sometimes the occasional one feels like a new incarnation of the lament configuration and I just want to turn my robot into a space jet without calling the cenobites into my apartment.


It's kinda amazing that so much of Blurr is still visible in this toy, yet doesn't make me think it's just Blurr with a new t shirt. It's hard to fathom the in advance engineering it takes to plan these toys out. It's also super impressive. Brainstorm stands out from the molds previous use and shines on his own. Titans Return is such an awesome toyline, it's really hard for me to put into words just how much I enjoy each release. Which is stupid as this is an 'in words medium' that I'm trying to express it in.

A bold and daring soldier. Often breaks away from cargo-hauling missions to join his fellow Autobots on the battlefield. A tactical genius on the front line. Trailer converts to turbo-boosted, supersonic fighter jet armed with wing-mounted, double-barrelled machine guns. Laser guided, lock-target scanners provide pinpoint firepower. Capable of reaching speeds in excess of Mach 2. Also equipped with hydrofoil capabilities.
Posted by Rob at November 01, 2016 No comments: 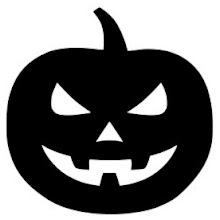